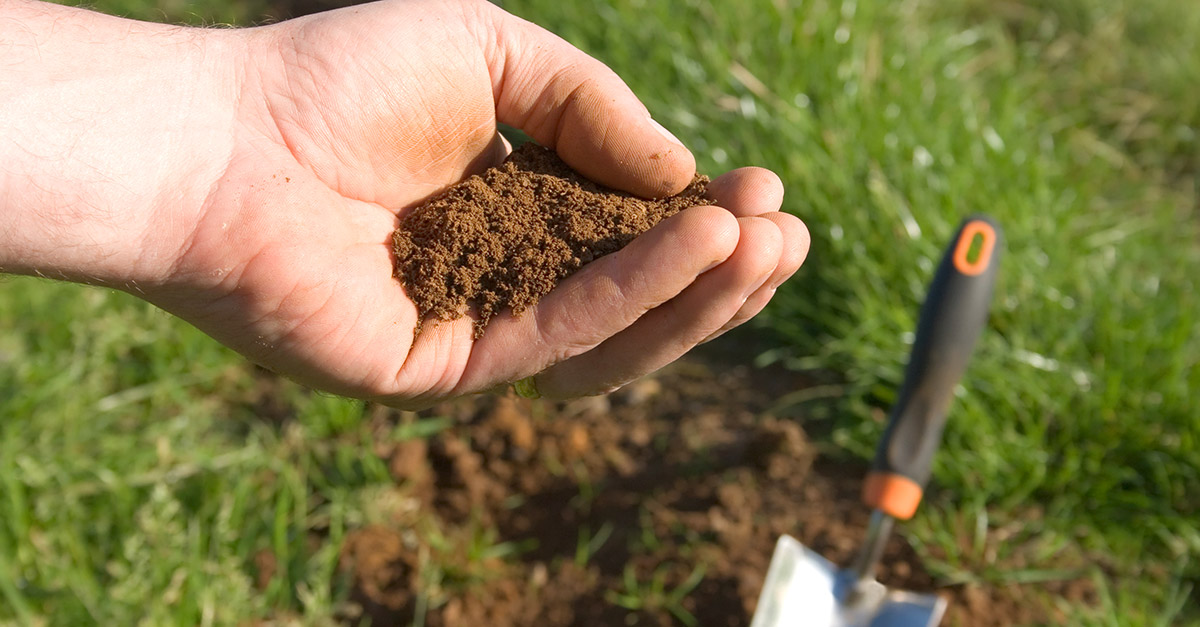 
Field works involved heavy percussion boring mechanism at all two boreholes around the proposed building location to the maximum depth of 15.0m from the ground level and SPT/DCPT at every 1.5m interval is recorded according as the ground condition. Borehole logs were prepared at the site on the basis of the visual observation of the soil obtained from the boreholes.

Standard Penetration Test (SPT): Standard penetration test (SPT) had been conducted by means of driving standard split spoon sampler to count the number of blows per 15cm of penetration. The equipment and hammer in which the SPT were conducted according to IS 2131-1 963.

The test consisted of driving a split-spoon sampler with and outside diameter of 50mm into the soil at the base of borehole. Driving was accomplished by a trip hammer weighing 65kg falling freely through a height of 75cm onto the drive head which was fitted at the top of rods. Procedure of driving SPT sampler tube consisted of driving the entire split spoon to 15cm into the soil at the bottom of the borehole. It was then driven 30cm further. The number of blows required to drive each 15cm distance was recorded. The blow count for driving last 30cm penetration was referred to as SPT ‘N’ value. The split spoon sampler was used to collect the disturbed sample of soil for visual classification, analysis and determination of soil characteristics.

(i) Disturbed Sample:
Before any sample was taken, the borehole was cleaned up of loose disturbed soil deposited during boring operation. The samples which were obtained from bailer and in the SPT tube were preserved as representative disturbed samples for finding out index properties. The samples thus obtained were placed in airtight double plastic bags, labeled properly for identification and later transported to the lab for analysis.

(ii) Undisturbed Sample:
Undisturbed Sample was extracted by means of thin wall tube (Shelby tube). The tube was pushed into the ground and the sample recovered manually. The tube was sealed with wax and wrapped with airtight polythene sheets and then bound by adhesive tapes and properly labeled. The tube was properly packed in a wooden box so as to minimize the disturbances during transportation to the laboratory and avoided the changes of moisture content of sample. This sample was used for the determination of strength and consolidation parameters.

The natural water content was determined from samples recovered from the split spoon sampler.

Grain size distribution was determined from sieve analysis for fine grained particles and coarse grained particles, respectively.  The results were combined to obtain the grain size distribution curves of the soil as can be seen in the attached figures.  The grain size composition of the soils is also presented in terms of the percentage of each particle size in the Test Result Summary Sheets.

Direct shear tests were conducted on disturbed samples collected from the single boreholes.  The samples were carefully extruded from the sampling tubes and molded using standard moulds of 6.0 x 6.0 cm² cross-sectional areas and trimmed to 2.5 cm high.  Solid metal plates were placed on both surfaces of the samples to prevent the dissipation of pore water during shearing.  The direct shear equipment is mechanically-operated and shearing will be applied at more or less constant strain rate. If the samples are cohesive they will be sheared at a relatively fast rate (duration of tests less than 10 minutes) to maintain un-drained condition.  The samples were sheared at three different normal stresses.  The direct shear test results is presented in terms of the failure envelops to give the angle of internal frictions () and the cohesion intercepts (c).

(Corrected area)
Where,
A0 = initial area of the specimen;
e = axial strain = change in length / original length.
The undrained shear strength (su) of the soil equal to one half of the unconfined compressive strength

Both the boreholes of the proposed building were drilled up to a depth of 15.0 m. The percussion drilling operation had been carried out on 10th & 11th January, 2018 for BH-1 & BH-2 respectively from the surface level of the ground. Black coloured silty clay had been observed throughout the all borehole. Three undisturbed samples (2 samples from BH-1 & 1 sample from BH-2) had been collected during the drilling operation for the laboratory Unconfined Compression Test.

Altogether 17 SPT tests were carried out for BH-1 & BH-2. Water table at each hole was noted. The minimum of the converted SPT values in all boreholes is adopted as the SPT number for the analysis of the bearing capacity.


When dynamic loads are applied on silty gravel and sandy soils in saturated state the pore pressure in such soil will not be in a position to get dissipated due to low permeability. Hence, during dynamic loading (i.e. application of blows) the pore water will offer a temporary resistance to dynamic loads. This leads to higher value of N-value which is unsafe. Therefore, when SPT is performed in saturated silts and fine sands and if the observed N-value is more than 15, a correction has to be applied to reduce the observed values. This correction is applied on the N-value corrected for over burden pressure (N’).
If the stratum (during testing) consists of fine sand & silty gravel below water table, the corrected N-value (N’) has to be further corrected to get the final corrected value N”.
N” = 15+1/2(N’-15)
Therefore, the final average adopted N value used for bearing capacity calculation is 12.

Disturbed samples recovered from SPT are collected from the borehole for the necessary laboratory tests.
Before sampling, the borehole was cleaned up of loose disturbed soil deposited during drilling operation. The samples obtained from bailer and in the SPT tube were preserved as representative disturbed samples for finding out geotechnical properties. The samples thus obtained were placed in airtight double plastic bags and labeled properly for identification.
Collected samples are transported to the laboratory carefully for a series of laboratory testing: grain size analysis, natural moisture content, direct shear and specific gravity.

Undisturbed samples were extracted by means of thin wall tube (Shelby tube). The tube was pushed into the ground and the samples were recovered mechanically. The tube was sealed with wax and wrapped with airtight polythene sheets and then bound by adhesive tapes and properly labeled. The tube was properly packed in a wooden box to minimize the disturbances during transportation to the laboratory as well as to avoid the changes in moisture content of samples.

Ground water table (GWT) was observed obseved at 4.0m in BH-1 and 4.1m in BH-2 during the drilling period.

The result of physical and index properties of soil samples collected from various depths are presented in the attached summary sheet.

The above result verifies that the soil falls as silty clayey below the consideration of foundation level to the depth of investigation.

The allowable bearing pressure (qa) is the maximum pressure that can be imposed on the foundation soil taking into consideration the ultimate bearing capacity of the soil and the tolerable settlement of the structure. Analysis to determine the ultimate bearing capacity and the pressure corresponding to a specified maximum settlement were performed and the minimum pressure obtained from two analyses were adopted as the allowable bearing pressure.

Since the soil in the vicinity of the foundation level has been found to be CL i.e. silty clayey at the proposed building site, the allowable bearing capacity has been analyzed using the N-Values from SPT results. Empirical formula of Teng (1988) applicable for this type of soils has been used to obtain the allowable bearing pressure with safety factor equal to 3.
For open foundation
qns = 0.02N2BRW1 + 0.06(100 + B2)DfRW2
Where,
qns = net safe bearing pressure, t/m2
N = SPT value corrected with respect to overburden and dilatancy
B = width of footing, m
D = depth of footing, m
RW & RW’ = correction factors for position of water level

The minimum average SPT values from the boreholes in each structure have been selected for the analysis of bearing capacity of the relevant structure.
The allowable bearing pressure for a limiting settlement other than 25 mm (e.g. x mm) can be linearly interpolated from the allowable bearing pressure for 25 mm settlement.
qa (x mm) = qa (25 mm)(x/25)

Analysis of the Results

Summary of Results of the Analysis:
·               The safe bearing capacity for Isolated footing with different width and resting at different depth is presented as follows;
Summary Result of Isolated Footing

C.    Computation of Pile Capacity
The pile capacity has been computed using soil mechanics method for both sandy as well as clayey soil. The pile type analyzed is under-reamed bored and cast in place pile.

Note: The pile length also incorporates pile upto the scour depth which need to be deducted. So, if x is the total pile length, then total allowable bearing capacity (Qall)of the pile equals to the value at (x-1.0)metre minus the value at scour depth.

When fine or medium fine, saturated, loose sand deposit is subjected to a sudden shock (generated by an earthquake) the mass will temporarily liquefy. This phenomenon is known as liquefaction. When liquefaction takes place in a particular soil, the bearing capacity of the soil is disappeared and the structure built on it, tilts or even sinks.

The past big earthquakes, have shown that saturated sandy soils in a loose to medium dense condition were liquefied during earthquakes varying in magnitude from 5.5 to 8.5 (Richter scale) and epicenter distance from several miles to hundreds of miles.

Liquefaction Analysis
According to borehole log and lab tests, both the boreholes BH-1 & BH-2 have mostly the all the soil layers of cohesionless nature, which requires liquefaction analysis. So liquefaction analysis is carried out for both boreholes.
Calculation of Reduction Factor, Rd
Another option is to assume a linear relationship of rd versus depth and use the following equation
(Kayen et al., 1992): rd = 1 – (0.012) (z)
Estimation of cyclic stress ratio (CSR)

It is the stress developed during earthquake of magnitude, Mw resulting in soil liquefaction and it is based on the simplified procedure based on Seed and Idriss (1971) equation.

Reduction factor Rd versus depth below level or gently sloping ground surfaces. (From Andrus and Stokoe 2000)


Based on the factor of safety against liquefaction, it is concluded that during the anticipated earthquake the in situ soil is not susceptible to liquefaction.

Sif        =          αcW
Each mass in a structure is assumed to be subjected to an equivalent force given by αo times its weight at its own center of gravity in one horizontal direction at a time.

It shows that seismic acceleration is a fraction of acceleration due to gravity. To arrive at design coefficients, the basic values given above are multiplied by suitable factors β to take care of foundation conditions and importance of structures. The factor β for different soil conditions are given below.
Values of β for
Nepal is located on high seismic zone. An earthquake intensity M, not less than 8.5 is to be adopted and accordingly the seismic coefficient for an earthquake structure.

Further, in this site, take type II of medium soils for the determination of β value.

Email ThisBlogThis!Share to TwitterShare to FacebookShare to Pinterest
Labels: ARTICLES